How Common Are Car Accidents in Texas?

Automobile accidents can happen to anyone.  From a fender bender to a catastrophic accident, Texas roads experience some of the highest number of traffic accidents in the country.  According to the Texas Department of Transportation, 249,241 persons were injured in motor vehicle crashes in 2018.  Of those accidents there were 12,161 serious injury crashes with 14,908 people sustaining a serious injury. When you are hurt in an automobile accident which is caused by the carelessness of another person or business, it is their legal duty to make you whole either by seeking compensation through their insurance company or directly through the responsible party.

Where You Live in Texas May Affect Your Case

Not only will your injuries affect the value of your case, where the accident happened and where you and the responsible party live will impact the value, as well.  A plaintiff may file their lawsuit in any county that is proper according to Texas law, which usually means either where the accident occurred, where the defendant lives, or where the plaintiff resides.  This is called “venue.”  Where you are potentially filing a lawsuit and negotiating a settlement with an insurance company or where you actually file a lawsuit has an effect on the value of your claim. Some counties are more favorable to the plaintiff, some are more favorable to the defendant, and some are right down the middle. Factors such as local judicial profile, demographics, and political climate determine whether you’re in a county that may be more or less favorable to your case.  Generally, many of the southern counties such as Nueces, Hidalgo, and Cameron are more plaintiff friendly.  In addition, many eastern counties such as Jefferson, Nacogdoches, and Liberty are either plaintiff-friendly or neutral to both parties.  On the other hand, much of the panhandle of Texas, except Gray and Wheeler counties, is either neutral or more defendant friendly.  The larger counties such Harris, Fort Bend, Travis, and Bexar seem to be in the middle, except Dallas county, which is now considered a more plaintiff-friendly venue.  Nevertheless, juries in the Rio Grande Valley and Gulf Coast are the best venues for bringing a car accident lawsuit.  These juries tend to be more sympathetic to injured parties and award larger settlements and, in effect, the settlements in these areas tend to be larger.

We Serve All of Texas

With a population of 7,169,252 and population density of 625 per square mile, the Gulf Coast region of Texas is the most densely populated area in Texas.  Moreover, containing the largest city in Texas, Houston, and several other large counties, the Gulf Coast region is one of the most populated areas in Texas. Houston is well-known for being one of the most dangerous cities to drive with the highest DWI fatalities in the country. According to an analysis by the Houston Chronicle of 16 years of federal highway data, Houston is “the most deadly major metro area in the nation for drivers, passengers and people in their path.”  In this same analysis, Houston only trails Dallas as the worst for congested traffic rear-end accidents, accident-related deaths caused by speeding, and the most fatal car accidents per capita. This region is also the worst for drunk-driving and drug related vehicle accident deaths.  Many hazardous driving conditions are created by the extremely heavy traffic on Interstate 610, Interstate 10, Interstate 45, Interstate 69, Highway 290, and other roads and highways in this region.  According to the Houston Chronicle, three of the top 10 deadliest highways are in Houston, including Alternative Highway 90 (#8), Texas Highway 6 (#6), and Texas Highway 288 (#5). Also, a factor are the poor road conditions caused by hurricanes, flooding, and other extreme weather.

According to the data collected from Texas Peace Officer’s Crash Reports (CR-3) received and processed by the Department as of May 6, 2019, there were 147,470 vehicle crashes in the Gulf Coast region of Texas.

We help car crash victims in all areas of the Gulf Coast, including:

With a population of 436,974 and population density of 17 per square mile, it’s the least densely populated area of Texas.  Although you would think that since this part of Texas is so desolate car crashes wouldn’t be such a problem, the statistics give a different picture.  According to the Texas Department of Transportation, fatalities in traffic crashes in rural areas of the state accounted for 54.99% of the state’s traffic fatalities and there were 2,001 deaths in rural traffic crashes.  As for single vehicle, run-off the road crashes there were 1,289 deaths in 2018, which was 35.42% of all motor vehicle traffic deaths in 2018.  The higher speed limits in rural areas of Texas can account for the large amount of fatalities in this region of Texas.

We represent car crash victims in all areas of the Texas Panhandle, including:

South Texas is one of the more heavily populated regions in Texas, with 5,851,277 people and 109 people per square mile.  Many major highways run through this region of Texas, including Interstate 10, Interstate 35, and Interstate 69, and several other busy U.S. Routes and Texas State Highways and roads.  There are many attractions bringing tourists to this area such as The Alamo, Six Flags, The River Walk, and South Padre Island.  Drunk driving and distracted driving accidents can occur more frequently in these areas due to pleasure-seeking tourists looking for a good time that may be over-indulging in alcohol and are unfamiliar with the area. In 2018, there were 940 people killed in motor vehicle crashes involving alcohol—this is 26% of the total number of people killed in all car crashes in Texas. According to the Houston Chronicle, South Texas is home to the 10th most deadly and the number one most deadly stretches of highways in Texas—Interstate 35 (#10), that runs through San Antonio and Interstate 69 (#1), that runs through Edinburg, Texas (Hidalgo County).

According to the data collected from Texas Peace Officer’s Crash Reports (CR-3) received and processed by the Department as of May 6, 2019, there were 114,069 vehicle crashes in South Texas.

We help all residents of South Texas, including San Antonio, Corpus Christi, Laredo, Brownsville, McAllen, and Edinburg in all accident cases, including:

West Texas has a population of 1,658,817 people and about 18 people per square mile, making it the second least densely populated region in Texas.  Similar to the Panhandle in its population density, traffic crashes involving fatalities account for more than half of the state’s traffic fatalities and there were over 2,000 deaths in rural traffic crashes. According to the Texas Department of Transportation, out of all 3,639 of the fatalities in vehicle crashes in Texas, most happened in rural areas of Texas, including the long stretch of Interstate 10 between El Paso and San Antonio and the 2.93 miles of Interstate 20 that runs through Penwell, Texas, which according to the Houston Chronicle, is the third deadliest highway in Texas.

According to the data collected from Texas Peace Officer’s Crash Reports (CR-3) received and processed by the Department as of May 6, 2019, there were 54,393 vehicle crashes in West Texas.

West Texas residents injured in any type of vehicle crash, including high-speed highway accidents can call us for a 100% free consultation.  We represent clients throughout the state of Texas, including:

Home to the state capitol and the flagship University of Texas at Austin and Texas A&M, Central Texas has a population of 2,941,083 and a population density of 117 per square mile.  According to a study conducted by the navigation provider company TomTom, Austin ranked #19 in the U.S., #179 globally, and #1 in the state of Texas for the most congested traffic.  Interstate 35 is notorious for its traffic jams, especially during rush hour.  Traffic congestion increases the likelihood of following-too-closely accidents and failure-to-yield accidents, which the Texas Department of Transportation identifies as two of the most common causes of crashes in Texas, as well as, speeding, driving under the influence of alcohol, and running red lights and stop signs.  The Texas Department of Transportation suggests doing the following to avoid these types of accidents:

According to the data collected from Texas Peace Officer’s Crash Reports (CR-3) received and processed by the Department as of May 6, 2019, there were 49,415 vehicle crashes in Central Texas. 19,808 or 40% of those accidents occurred in Travis County.

If you’re involved in an accident caused by a speeding, distracted driving, driving while intoxicated, or any other type of accident throughout Austin-Round Rock, Killeen, Bryan / College Station, Temple, Waco or anywhere else in Central Texas, we can help.

Dallas-Ft. Worth-Arlington is the largest metropolitan area in the state and the fourth largest in the U.S. with 7,539,711. Including other areas of North Texas, the population is 8,752,473, which is the most populous region in Texas.  According to the Houston Chronicle, Dallas is the worst for congested traffic rear-end accidents, accident-related deaths caused by speeding, and the most fatal car accidents per capita.  Three of the 10 most deadly highways in the state are located in the Dallas-Ft. Worth area, including Interstate 20 that runs through Duncanville (#9), Interstate 35 that runs through Dallas (#7), and Interstate 30 that runs through Ft. Worth (#2).

According to the data collected from Texas Peace Officer’s Crash Reports (CR-3) received and processed by the Department as of May 6, 2019, there were 131,128 vehicle crashes in North Texas, which is second most after the Gulf Coast region.

We represent all North Texas residents, including those from Dallas / Ft. Worth, Arlington, Plano, Garland, Irving, and Grand Prairie injured in all types of vehicle accident cases, such as:

With a population of 1,891,969 and population density of 67 per square mile, East Texas is not the most heavily populated as other regions of Texas. However, East Texas boasts significant economic activity from oil, lumber, cotton, and cattle industries. Several high-traffic corridors pass through East Texas, including Interstate 10, Interstate 20, Interstate 30, Interstate 45, and Interstate 69, presenting an increased level of several types of collisions, including:

The weather in this region of Texas also is a factor in many car crashes since East Texas receives more rainfall than other regions of Texas.  This creates more hazardous driving situations where drivers need to use a higher level of caution when operating their vehicles. Accidents are more likely in this type of weather as a result of accidents caused by following too closely and not providing enough stopping distance for a driver to stop when roads are wet and visibility is decreased.

Our Texas car accident attorneys help car crash victims in all areas of East Texas, including:

Auto accidents are destructive and complicated. We are here to answer all of your questions about police reports, insurance claims, settlements, and more. 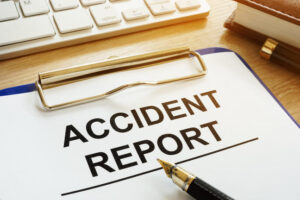 How Do I Get My Hillsborough County Crash Report? 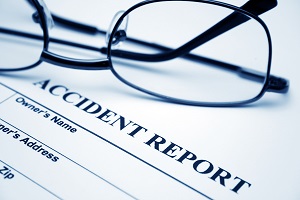 How to Get My Palm Beach County Crash Report

How to Get Your Fort Lauderdale and Broward County Crash Report